Ladies and Gentelmen … THE BEATLES 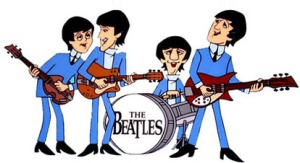 Words cannot describe how happy I felt to develop this Project.

First, because I am fan a of the Beatles. And second, because I wanted to show how important the subject of Music is; to get some musical culture, and teamwork, as is necessary in the performances such as shows, concerts or performances, it represents values that we can not forget.

I’ll confess that this Project was not a theme that my dear students were thinking about, but they considered an exception and I chose the point of interest (with their consent), and “jumped into the pool” … finally the whole was class with me, including the parents 😉

We began to hear songs from the band, and to investigate its origins … Where were they born? Where is London? Which were their names? How did they meet? What did they use to do when they were younger? What instruments did they play? What language did they speak?

We focus on creating a corner with objects and games for playing, and in addition, we  developed a simple concept map, with which we discovered what things we had in common with the English group. For example, they were born in Liverpool, a city that is part of the European continent , as Alicante; they met at school and we also made friends at school; and also, the most important thing was that they loved the music … like us!! 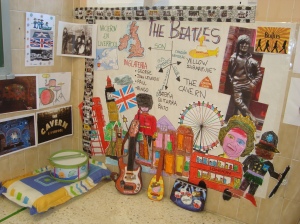 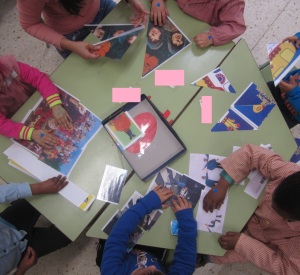 We knew more about them; for instance when George, John, Paul, and Ringo grew older, they became great musicians and  composed great songs … therefore his most famous work “great songs”:  “Yellow Submarine” and “Help” (the easiest for my kids) . With the assistance of our incredible music teacher Ximo, on the one hand we perform activities of singing and body language on the song Yellow Submarine. And on the other hand, we played the instruments that the Beatles used. It was a great job of sharing and teamwork.

Formally, the individual school work was composed with chores / activities where we were settling knowledge using the concept map, and the rest of the knowledge that we were learning, investigating, ordering, and assimilating.

These ” works” were made up entirely by me … and I chose the best work done by my students.

Children were so excited about learning how to play musical instruments and listening to pop music, dancing, and especially with wanting to be one of the Beatles, so the final activity for celebrating the Project had to be: We will arrange a Concert of Pop-Rock!!!!

Students made guitars, stage, tickets, advertisements, and the door of the club “The Cavern” … was amazing the show was organized, and also, they acted in three playbakcs. Teachers and families really enjoyed a great concert, WELL DONE!!! 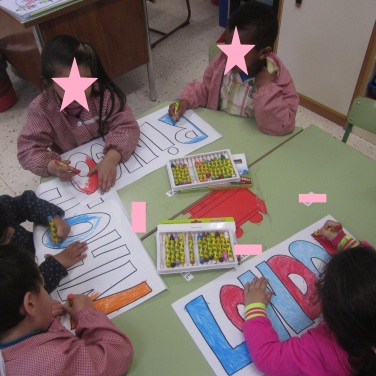 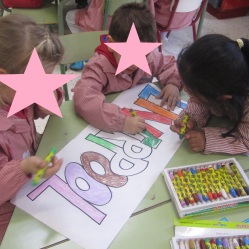 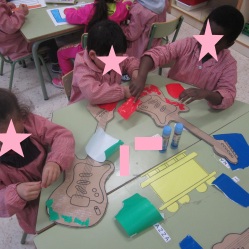 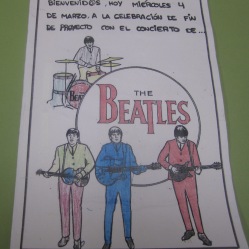 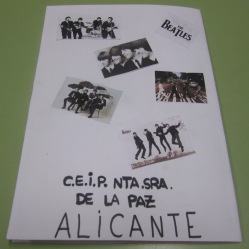 In the following photos you can see our stage, ready for an great performance, where parents were the audience, and the manager (myself) finished exhausted but very satisfied with the work done.

It was certainly very special develop “The Beatles Project” 😉 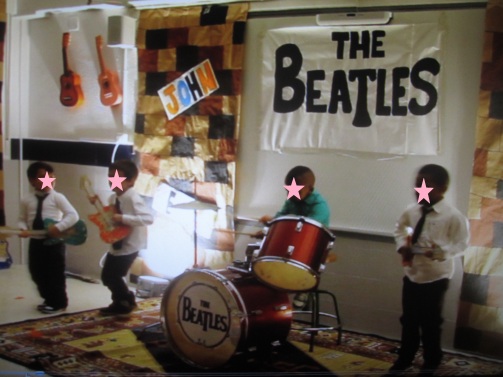 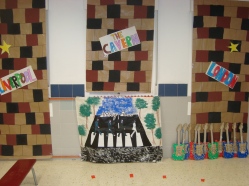 Finally, remember that all “work school” used is attached in a PDF file at the end of the post, inlcudes the formal objectives of the Project.

And as a farewell to this post, I hope that teachers, fans of the Beatles and all human being who reads this post, recognize the great work done by my children, and share 😉

I attach a link to a chapter of The Beatles Cartoon. It is a series of cartoons in English, with a duration of 5 to 6 minutes, which has fun adventures on the Liverpool group.

6 comentarios para “The Beatles: “The Educational Project” for children … Enjoy the Show!”

If you don’t understund spanish language… choose your language here!! 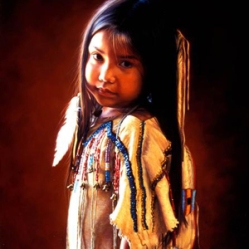 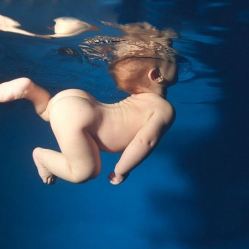 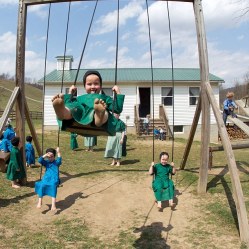